BioChem Water were contacted by a major pet food manufacturer for assistance with a biological wastewater treatment process.

Mycolic acids in the cell walls of the filamentous bacteria makes them hydrophobic enough to become attached to gas bubbles present in activated sludge. These gas bubbles rise and bring the bacteria to the surface of the liquid, increasing surface activity and promoting stable foams.

The bulking foam in this case was on average between 50-100mm thick and was compounding the aeration system by preventing the release of gases produced by the biological degradation process. This increased the water temperature of the waste water and therefore the dissolved oxygen level reduced to the point that the system was anoxic.

Further to this, the MLSS (Mixed Liquor Suspended Solids) level was well above the optimal level for retention time and raw BOD, and the belt press chemistry was poor, leading to reduced waste activated sludge rates.

The pH of the system was also low due to anoxic conditions and increased levels of CO2. 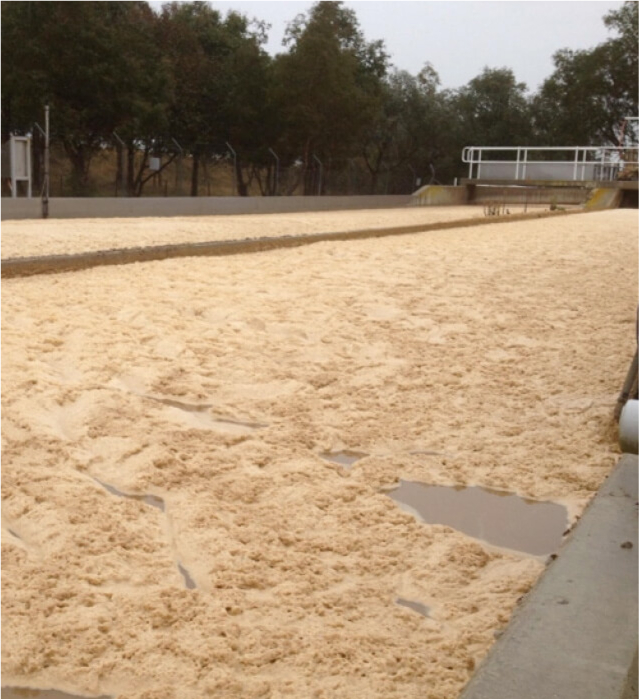 With over 30 years experience, BioChem Water provides industrial water treatment services, and technical and commercial support on an ongoing basis.